Who do that Hoodoo? 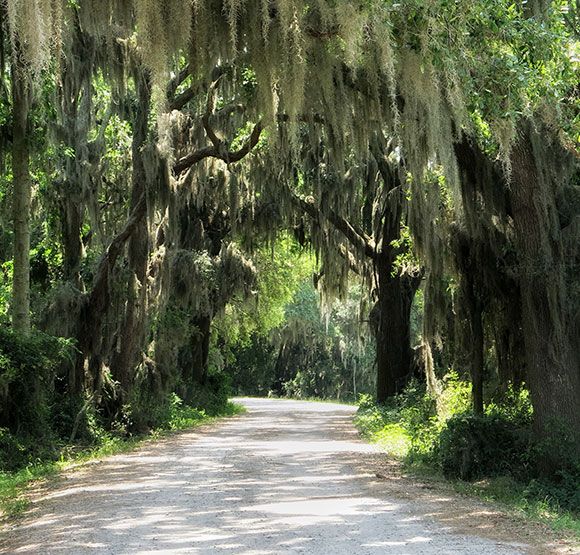 I'm going to walk you down a road of old oaks and hanging spanish moss. I'm going to guide you down to my home in the Lowcountry of the southern US, a place of superstition and magic. Growing up, I was surrounded by stories and folk beliefs. I heard the tales of Brer Rabbit, I was warned about the Boohag and the Plat-eye, I was told why the shutters were robin's egg blue and why you always left a broom by the front door. For, you see, magic was being worked all around me, a magic called The Root.

The Root is both a broad term for the hoodoo folk beliefs of the area and a specific term for a type of gris-gris or medicine bag that is a common charm associated with the beliefs. Rootwork comes in many forms, from the creation of small Root talismans to protect from the evil eye, to the painting of windows Haint Blue to ward off spirits, to "chewing the root" to curse those who would do you harm. My home area was known for a number of Root Doctors, such as Doctor Bug and Doctor Eagle, but the two most infamous were Doctor Buzzard and Sheriff James E. McTeer. Stephney Robinson was and still is considered the greatest Root Doctor of all time and his Mantle of Doctor Buzzard continues to be passed down, with his grandson still practicing Rootwork under the ancestral title. Sheriff McTeer was his archnemesis, a lawman who practiced the Root and used these tools to combat those using The Root to con and scare people.

There are dozens of stories of Sheriff McTeer's and Doctor Buzzard's conflicts and each time Doctor Buzzard would escape through his trickery. From catching bullets to escaping from coffins as a black cat, there seemed to be nothing that could hold the old Root Doctor. Even the court of law could get no airtight cases around him, as he sat before the judge in his purple tinted shades, chewing the root. In fact his ability to avoid the law was so profound that many of his "customers" would pay for him to make a powder that could be sprinkled in the court room to confound lawyers and witnesses. Supposedly, he quit his more criminal ways after Sheriff McTeer placed a Root on one of Doctor Buzzard's sons, resulting in the young man crashing his car off of one of the many local bridges and drowning in the Port Royal sound.

I feel that the concept of Root Doctors could be made a class in and of itself, but I'm going to save that for another time. For now, I'm going to hand out a few resources that could bring a little Lowcountry Root flavor to your game.

Steal Breath: Once per night, Boohag may target a sleeping creature. This creature falls into a deeper nightmare filled sleep and be unable to wake until they are exposed to natural light. During this time, the Boohag will ride wildly upon their chest and suck away their breath, dealing 1d6 CON damage. If a creature dies from this effect, the Boohag increases their HD by 1 and the creature is unable to be resurrected by anything less than a Wish effect.

Claw: In either form, the Boohag has terrible sharp nails that deal damage as a dagger.

Spellcasting:  The Boohag often works as a proficient Root Worker and can use any of the Root Magic listed or can use Necromancer Spells as a Magic User of half her HD in levels.

The Boohag is a terrible creature who wears human flesh in the day, and sloughs it off to seek victims in the night. During the day, the Boohag appears as a terrible old lady looking all the part of a hideous witch. During the night, the Boohag strips her flesh away and flies forth as a bloody wild spirit. She will choose a sleeping victim and "ride" them, sitting on their chest and filling them with nightmares while she steals their breath. Many victims of night terrors and sleep paralysis are in fact victims of a Boohag. There are a few certain ways to protect oneself from a Boohag. The most common are to leave a broom or a flour sifter outside your front door. She will become so busy with counting the bristles or holes that she'll soon need to flee the dawning sun. The other fool proof method is to carry a Boo-Daddy, a type of charm described below. The only way to permanently destroy a Boohag is to burn their skin while they are out of it. You can also torture and banish a boohag by rubbing salt and chili powder into the skin.

Terrible Transformation: The Plat-Eye can turn itself into anything out of nightmare, such a giant maggot riddled dog or a screaming inverted head or anything out of Veins of the Earth. This does not change its stats or attack, but each time it transforms it may target one creature who is then affected by Cause Fear. If using the GLOG system, assume a 4 [Dice] casting.

Corrupting Touch: The Plat-Eye's mere touch is harmful to living flesh. Its attack bypasses all non magical armor and deals 1d4 damage that cannot be healed without the presence of sunlight.

The Plat-eye is a hideous type of undead warden created by those who wish to protect buried treasure. They are created when one versed in The Root buries the head of one they consider an enemy along side whatever it is they wish to protect. From the head, a vile solid shadow arises and keeps an eternal vigil. When confronted, the creature transforms itself into various awful forms, meant to frighten away would be treasure-seekers. Bringing a Plat-Eye to 0 HP banishes it for the night, but it will regenerate on the next moonrise. The only way to permanently defeat the Plat-Eye is to dig up its buried head and either destroy it utterly or give it its last rights. Confronting a Plat-Eye with a boodaddy or part of its original body will half its Morale score.

Any Root Worker can create one of these items given the materials and time. Each one is made specifically for an individual and thus will not work for another unless freely given.

Root Mojo: The most basic form of Root, this talisman is a small sewn up packet filled with special roots, herbs, bones, and other items of magical significance. It should be small enough to hang on a necklace or fit in a pocket. These mojo are mainly concerned with affecting the bearer's luck and can provide a +2 to roll associated with the mojo's purpose. These purposes are usually for things such as fertility, finding fortune/work, being safe at sea etc. These mojos can be used inversely by burying them on property owned by a target, thus "burying" their luck. This causes a -2 penalty instead and can only be dispelled by digging up and disposing of the Root.

Boodaddy: Created from a mixture of marsh mud, Spanish moss, sweet grass and salt water, the Boodaddy is a small humanoid doll with a bloated head and an atrophied body. After incubating it in an oyster shell for one week, the Boodaddy is infused with protective magic. A single Boodaddy will provide protection from 1 HD worth of Undead or Root Monster, rendering them unable to attack you. Attacking the creature yourself will break this protective magic. Multiple Boodaddies stack and the homes of those targeted by especially dangerous spirits might be covered in the small dolls. Every full moon, the Boodaddies animate and troop down to the closest river to sip oyster nectar and renew their power.

Goofer Dust: Raw magical reagents ground into a powder, Goofer Dust can act similarly to a potion or a scroll depending upon method of use. One could spread it across an area or toss it at a target, similarly one may mix it into water and drink it. Normally a specific spell might be prepared into the Goofer Dust, however an especially mischievous Root Worker may leave the dust unfocused and full of wild magic. This is your excuse to pull out whatever wild magic or Rod of Wonder effects table you might like. The only consistent theme of Goofer Dust is that it is used for malevolent or subversive purposes.

Black Cat Bone: Take a black cat and boil it alive. It will speak as a man and try to tempt you and stop you, but you must ignore it. Put the boiled cat in a canvas bag then pour it out over a swift moving river. One of its bones will float to the surface and move upstream rather than downstream. Collect this bone and ensure it doesn't see the light of day. By including this bone in a mojo or by holding it in your mouth, you may turn invisible as long as there is a shadow to hide in. The bone will eventually become brittle and lose its power on the following full moon, but remains a potent component for general use in Goofer Dust or Mojos.

There are many possible spells I could design here, but as I plan on making a Root Doctor class eventually, I'll just lay down a few.

High John The Conqueror
R: Touch T: creature D: [dice] hours or until used
A literal root spell, this creates a temporary talisman from a type of jalap root called John the Conqueror Root. The bearer of this root is enchanted to "get lucky." This will allow the user to have a +2 bonus to any seduction relate rolls and will ensure conception after any sexual congress. The user can alternatively use up all the luck at once and add [Sum] to any roll where luck or gambling is the primary determining factor of the roll.


Hotfoot Powder
R: 2x[sum] feet radius T: Area D: [Dice] Hours
A temporary protection against those who would do you harm, Hotfoot Powder is spread in an approximate circle around an area and creates an inpenetrable ward against disembodied undead. When cast, the caster can also identify a single unique being of 2x[dice] HD to be similarly warded against. If the caster, or whomever spreads the Hotfoot Powder, steps over the circle, the magic is nullified.


Two Headed (Wo)Man
R: 0 T: Self D: [dice] x 10 minutes/Permanent
As Wizard Vision, except it can only be cast on oneself. The caster can also mitigate the Permanent aspects of the spell by wearing purple tinted spectacles. Root Lore Note: Called this because the caster has a "head in both worlds."