Witches and other Weirdness

So, you've killed yourself your first Prince and you've gotten a taste for blue blood. The pittance of power that you inherit for killing Princes isn't enough for you though. You are gunning for the top, you want the power of a King, you want to be an Ontological Truth of the Cosmos and ascend beyond all mortal concerns, even if you have to slaughter your way there. This fits really well if you are using my Royalverse bullshit, but it also probably works great if you just like to kill mythical creatures and take their hides as trophies. If you've not read my Royalverse material, imagine a gonzo Nobilis combined with Double King and Katamari Damacy and take any possibility of seriousness out of it. The Kings run the universe, The Gods are insane fools, and there are invisible creatures measuring every molecule and judging your every action.

A Cuspide Corona: When you personally kill or defeat a King, Prince, or Notable Mythical Entity, you may claim a "crown" from them. Sometimes this is a literal crown, sometimes it is another trophy such as a head, a horn, a hide etc. A goblin would not count, but a Goblin King would. You wear your trophies at all times, fashioning a macabre sort of armor. For every successive power of 2 trophies you collect (1, 2, 4, 8, 16...)you received +1 Def. Every 2 Def gained this way takes up 1 Inventory Slot and causes a -1 reduction in Movement, however because the trophy-armor has been crafted specifically for you and you alone, you do not lose stealth like normal armor.

Regalia: The trophies gained from A Cuspide Corona sometimes yields a particularly powerful trophy that passes on Regalia piece of Royal power. Track the highest HD creature you defeat, their "crown" or trophy grants you one of their abilities as approved by your GM or as listed in the creature's description. If you lose this crown, you lose your ability until you either win it back or kill another appropriately powerful creature. Alternatively, if using the Royalverse, you may keep a Prince's or a King's Crown without associated drawbacks regardless of the HD.

Qualis Rex Talis Grex: A Royal Aspirant may designate [template] (or CHA modifier in LotFP or something) individuals to be their Courtiers. Each courtier may be lent one of your Regalia and may use the granted ability as though they were a Royal Aspirant. When without a Regalia, Courtiers gain a 1 bonus to any action that directly supports the Royal Aspirant. 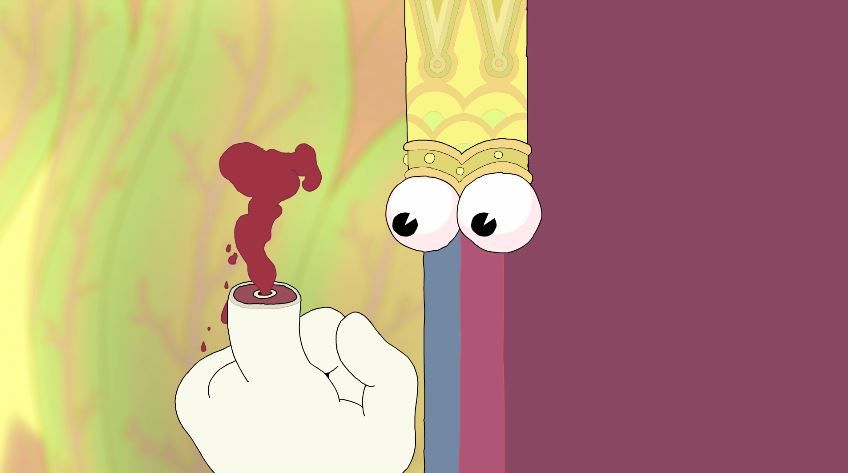 Finis Coronat Opus: You are willing to take any action, no matter how extreme or morally objectionable, to obtain your goals. [Template] times a day when in pursuit of a crown/trophy or when faced with a significant challenge, a Royal Aspirant may take 1d6 damage and add the result as a bonus to a non-damage related roll. They may also sacrifice a Regalia to automatically get a 10 bonus to the roll, but must Save (vs. Wisdom or Petrification or something) or become stunned for the rest of the day unless that roll netted them a new crown/trophy.

Rex Regum: The Royal power you seek is finally within reach. You smelt all your trophies and Regalia into a single impressive Crown. Declare yourself King, then decide with the GM and other players what you are King of based upon your actions up to this point. Collaboratively create a wholly unique ability based upon that domain. You cannot share this ability, but anyone who kills you gains it as long as they wear your Crown. You may now need to occasionally act in defense of your Domain. You may now  need to defend your crown from other Kings and Princes. Killing them may make you a Double King.

King of Paradoxes: Once per combat or scene, you can invert the results of rolls and invert the effects of abilities. Healing spells become inflicting spells, a fire dragon's breath becomes cold, 20's become 1's etc. This affects all abilities and rolls within your line of sight until your next turn.

King of Armor: Your skin becomes an impenetrable armor as Plate+Shield. Slashing and piercing weapons have no effect on you. However you are also unable to sweat and your skin is so stiff that it impedes movement. Your movement is halved and any strenuous activity (like combat)will cause you to gain a point of Fatigue per round of extended activity. This encumbrance does not go away until you take an extended rest (like Lunch or sleeping.) 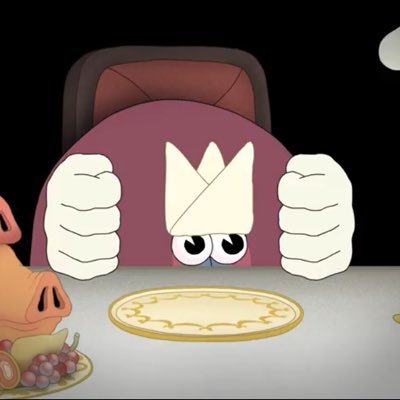 THINGS TO BE KING OF

During some recent discussions with AuraTwilight, we found that our settings have an odd sort of dichotomy.

In the Royalverse, there was once the One King who was the sum of everything. However the One King's Crown was so heavy that the One King was eventually crushed under its weight. The resulting mess created the Kings, the Universe, and everything in it. The Kings represent and enforce the physical laws of reality, they make sure Gravity pulls, 1+1=2, and chemicals dictate your emotions.

We have ideas in progress of something of a crossover or union between these two concepts into a larger, exponentially more interesting whole. Stay tuned.

AS for this class itself, it is of course more continuance of my weird Royalverse stuff. REACH HEAVEN THROUGH VIOLENCE as Vivec once said. It requires a little creativity on the part of the player and the GM, but I think the OSR community has plenty of creative folks who could make great use of this class. If you are not into all the Royal stuff, it still works as a sort of Mythical Big Game Hunter, taking down bigger and badder beasts and absorbing their power.
Posted by TheLawfulNeutral No comments: