Another 100 Reasons to Adventure

Folks liked he first one, here's another!

Things Found in a Troll's Stomach

My brain is dead so time to do a random list. Maybe you killed the Troll and you are searching through its insides. Maybe you punched its gut so hard it threw up. I don't know. Maybe consider rolling when the troll is first encountered and see how what it ate might affect the entire fight.

Any good wizard knows that one of the prime ingredients in making your own bag of holding is an intact troll stomach. 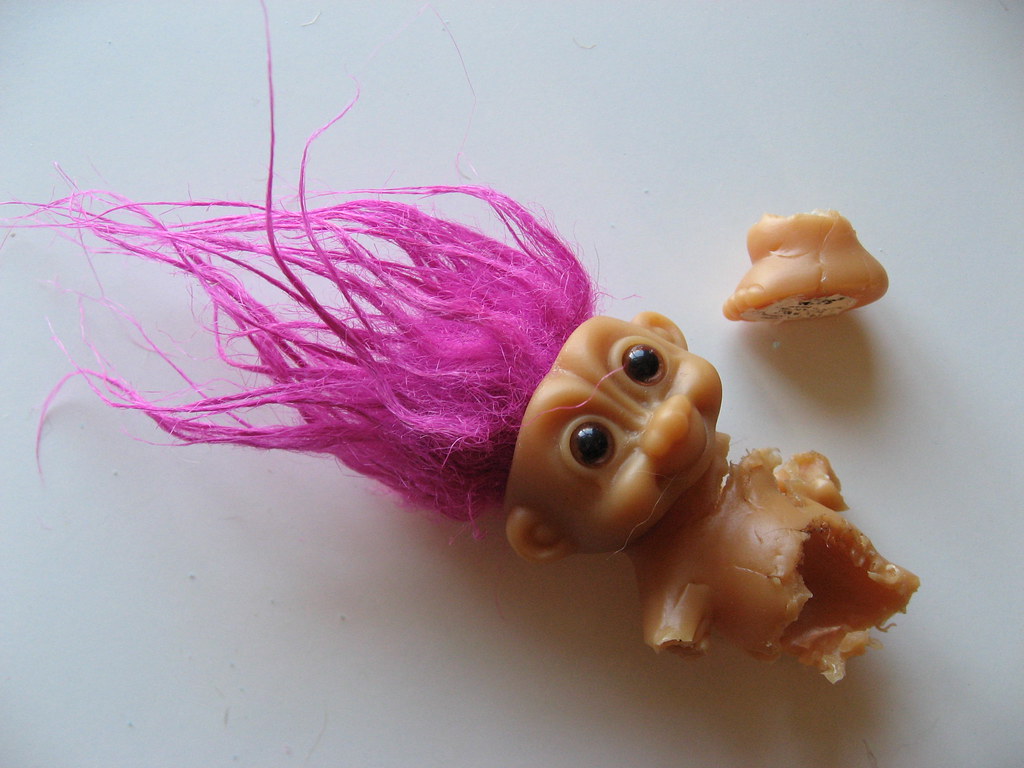 1. A Gastrolith the size of a watermelon.
2. Troll Bezoar, difficult to differentiate from the Gastrolith. Goat Bezoars can heal poison, Troll Bezoars are made of the shit that even Trolls can't digest all rolled  together into a thick horrific mass. 10% chance it cures anything, 90% of giving you Super Tetanus, Mummy Rot, and 1 other random disease.
3. A fresh adventurer mashed into a pulp. Roll on a random NPC charge with all of their equipment.
4. A Baby Troll. Trolls reproduce by eating enough meat in one sitting and eating a large portion of itself. Surviving, the meats combine and make a new unique troll. It gets a surprise attack on your face.
5. 10d6 Teeth, 60-Teeth gold coins, and a pair of very large butterfly wings.
6. 60 Gallons of a non-acidic liquid from the d100 Bottled Goods list. It got into a Distillery and/or Alchemist's lab.
7. A signet ring, a water tight case with scrolls regarding an armistice between two warring countries, and four horseshoes.
8. AAAAAHHHHHH FUCK MEAT BEE HIVE
9. A really really annoying/annoyed Demilich.
10. A small sphere of annihilation, no wonder the troll was so emaciated.
11. A License Plate from a 1971 Ford Pinto.
12. A partridge and a bunch of pears, 2 turtle doves, 3 french hens 4 calling birds, 5 gold rings 6 geese a-laying, 7 swans a-swimming, 8 maids a-milking, 9 ladies dancing, 10 lords a-leaping, 11 pipers piping, and 12 drummers drumming
13. A magically powered personal "massager" that is stuck in on.
14. 1d6 Taxidermy Deer Butts
15. A Sentient Disease that was piloting the troll towards as reservoir.
16. 6 Goblins piloting a very convincing paper machete troll.
17. THE ORKUS
18. Highly Corroded Antikythera Mechanism
19. Its Parent
20. An Ochre Jelly

21. Mijster Willem, travelling bard from the lands of pine and moss, with a penchant for misfortune
22. An entire coffin, perfectly sized to one of the PCs.
23. 1d20! Skeletons Jellies
24. A collection of liquid books in mason jars and a very small door to the Stygian Library.
25. A small man with a funny hat puppeteering it via sticks and levers.
26. 1d12 tied off balloons full of random wizard drugs.
27. Seven League Sandals, as Seven League Boots but Dex save or trip and become a Seven League Skidmark.
28. 1d100 Spiders/Scorpians/Solifugae
29. Maggie, an acid resistant but slightly torn pink teddy bear that allows their new owner to resist any affect that would interfere with natural sleep/rest.
30. A Novelty Zombie
31. 1d10 Miles of Intestine. A trained Augur could, given time, predict general fortunes of the region for a number of years equal to the length of the intestines in miles.
32. Four and twenty live blackbirds
33. A Giant Fluke, stats as a boa constrictor.
34. A very grateful and very moist Prince.
35. A Decanter of Endless Chicken Soup and a pulped copy of Chicken Soup for the Troll's Soul
36. 1d10 HD (or 1d10 1HD) Gloops!
37. 1d10 More Nested Stomachs, roll again for each
38. A tin of curiously strong mints.
39. A lot of beard hair, fourteen skulls, a map to a mountain and a key.
40. A really really confused summoner.
41. A 40' tall saguaro cactus that explodes into full size when released.
42. A hole that leads to another troll's and stomach.
43. All of the lost Left Socks.
44. 1d100 Hagfish and a proportional amount of slime.
45. The entire contents of a small peasant cottage, still in surprisingly good shape.
46. A wolf whose own stomach is a dungeon, within which is a ghoul whose stomach is a dungeon.
47. Nothing at all, the entirely of the Troll is empty.
48. An upset man with crosses tattooed over his eyes, immediately attacks any magic users.
49. THIS ASSHOLE
50. A priceless work of art, now....well priced less.
51. That package you swore you sent and never arrived.
52. A soggy mass of vegetation. If left alone it will grow into a vegan Moss Troll.
53. V_Woolfe's Lost Shipments
54. A magic arrow that unlocks one's hidden power when struck with it. Or maybe it just kills you.
55. A rubberband ball, 1d6! inches in circumfrance
56. The Greyhawk Philharmonic Orchestra, they expect someone to pay them.
57. An extremely ugly piggy bank, gets bigger as you feed it money. Turns into a 10 HD vicious golden boar when fed 100GP total.
58. A Shoggoth
59. A meat cleaver, a wooden leg, an eye patch, and a name badge "Greasetrap The Pirate"
60. Buer, its always goddamn Buer isn't it?
61. A Golem made of Liquid Mercury, thanks you then flees back to guard a lost tomb somewhere.
62. The Keys to a Golden Barge
63. A Scrying Orb that is currently watching the party and a conical hat with embroidered stars.
64. A Heinous Idol
65. An ungrateful rabid badger.
66. Stomach explodes as a max power fireball when pierced.
67. A cloud of Cordyceps spores
68. 1d100 Zines
69. Exactly what you'd think would occupy the 69th slot in this list.
70. A Cookbook, a cauldron, 1d6 random ingredients, and a one eyed hunch backed witch
71. A Troll Pearl- Like an oyster pearl, something indigestible gets stuck and overtime is covered in something not unlike Nacre. Eventually it is excreted in one fashion or another, but this one is massive and is worth a small dragon's hoard.
72.  Troll Beer- Under very rare circumstances a troll's stomach will ferment its last meal into a highly potent alcohol capable of frying a dwarf's beard right from their face. Troll Beer gives its drinker a Troll's regenerative qualities as long as the drinker remains drunk. It also deals 1d6 permanent Con damage from the sheer taxing power it has on one's liver.
73. Oil- This extremely old troll's digestive tract has been compressing its meals for longer than mankind has been around, 1d10 barrels of crude oil pours from his million year bowels.
74. An Unbound Familiar
75. 1d1000 small magnetic balls
76. A fully outfitted and fully dead doppelganger version of the party.
77. Troll Ambergris- A green-grey greasy substance that is absolutely essential in crafting arcane perfumes. These allow Potions to be turned into an aerosol and affect via smell rather than drinking them. Also apparently goes excellent with scrambled eggs. Beloved by Wizards and especially decadent gourmands.
78. Gnorbert- A gnome in an acid and bludgeoning proof suit of his own design. Is really frustrated that the party let him out before the suit could be fully tested.
79. A tiny submarine with a staff of tiny scientists.
80. The lost 11th-20th Commandments.
81. A perfectly oven fresh loaf of bread
82. A dead infomercial host along with their product. Slapchop, Oxyclean, Red Copper Pan all come to mind.
83. A Brick of Fluorine that immediately sublimates and reacts. Google up how awful Fluorine is.
84. A combination lock inside of a dirty sock. Deals 1d4 Bludgeoning damage.
85. The Last Dodo
86. The First Dodo
87. A meteorite- Contains enough adamantine for a single sword of destiny.
88. The first thing that pops up when you hit Random Article on Wikipedia.
89. An entire bog worth of cranberries.
90. Everything from a Giant's Sack list.
91. Panic Attack Jack- Springs out screaming, save or be driven temporarily insane. Panic Attack Jack flees into the woods.
92. Ancient Scroll of Mystical Martial Arts Techniques
93. A gold fortune cookie but when you open it is just says "gross"
94. Choose a book off of your shelf without looking. That.
95. A complete dinner set of fancy silverware.
96. The killing blow causes it to burst out fluff and blood, like some hideous inhabitant of the Hundred Acres Woods.
97. Actual Cannibal Shia LaBeouf, he's brandishing a knife.
98. The Legendary Axe of Dwarfish Lords, Dwarf King Skeleton still attached.
99, A Golden Ticket to Willy Wonka's Chocolate Factory.
100. Page 57 from the whole earth catalogs last issue, printed 1970.
Posted by TheLawfulNeutral 3 comments: 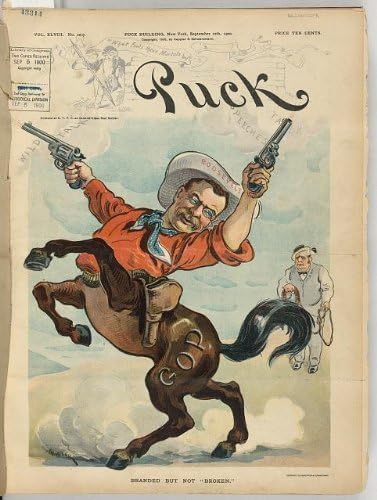 Contestants have their hands tied behind their backs and sit in front of a large trough. Gloop! of a variety of flavors is released into the trough. The Gloop wants to be eaten and makes happy cooing noises as they shove and ooze their way to the contestants' mouths. Roll Con each round to keep down the Gloop,  may have other effects depending on the type of Gloop eaten. Last one standing wins. NPC contestants have 8, 10, 12, and 14 Con. Any vomited Gloops will coo sadly then try to have someone else eat them. Winner gets a 2 HD Gloop pet.
Posted by TheLawfulNeutral 2 comments: